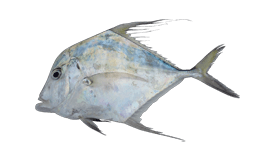 Indian Threadfish are smaller members of the Jack family native to Indo-Pacific waters.

Named after the juveniles' long filamentous fins (which are thought to work as a defense mechanism, reminiscing of dangerous jellyfish), they are also known as Diamond Trevally, a name derived after their body shape.

The species can grow to a reported 5.4ft and 50lbs, but most fish will be between 6 and 13lbs.

The species is widely spread from east Africa to India, off SE Asia and Australia. Indian Threadfish inhabit mostly shallow coastal waters with reefy bottom structures, but feed in brackish waters as well.

Small fish, squid and crustaceans are on their menu, with live prawns proven as the most effective bait.

Although these fish are of small commercial and recreational fishing importance, they are of great taste and high flesh market value. 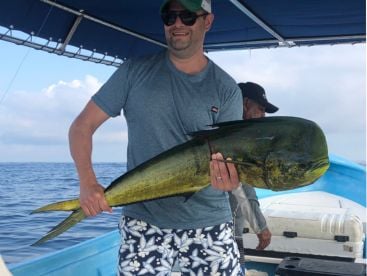 Fishing With Regis and Tio 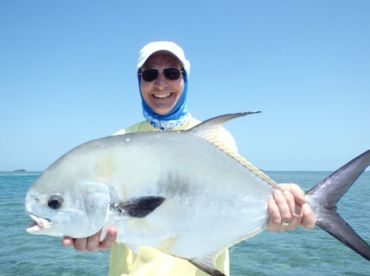 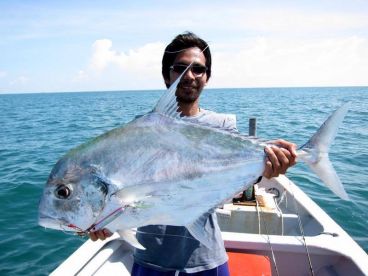 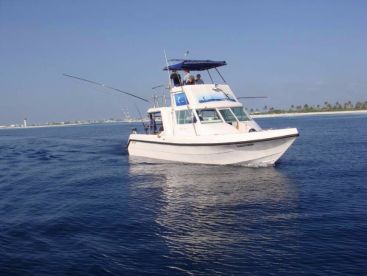 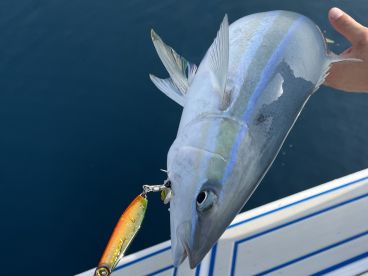 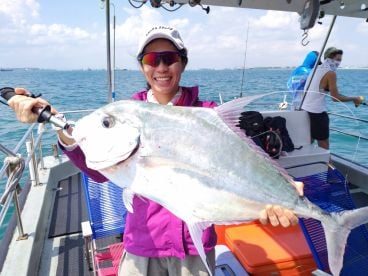 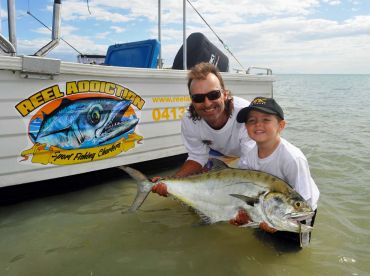