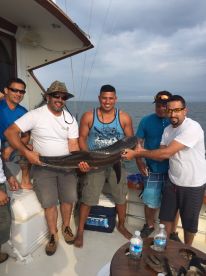 Whether you are out for a citation Striper or Cobia, or looking for a relaxing day on the water sightseeing or bottom fishing for Spot and Croaker, you are sure to have a comfortable ride. 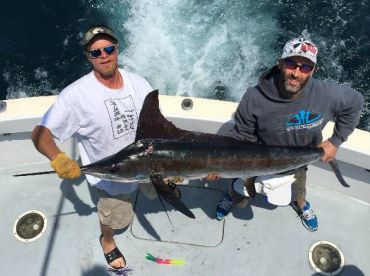 Captain Louis Hocker is a father of two boys who has been fishing his whole life. He grew up in a fishing family and has continued the tradition by taking his own sons on the water as soon as they were able to stand on their own feet. Along with his dedicated crew, he promises to give you his undivided attention, treating you like his own family, and by putting you on the fish.

Reel Release offers sport fishing out of Virginia Beach, VA. Their number one goal is customer service, and they promise to provide the best fishing experience possible. Cruising out of Lynnhaven Inlet, Captain Robbie will take you fishing the Chesapeake

Explore the inshore, nearshore, and offshore waters around Norfolk, Virginia and have a great time catching fish with Sea Teaser Sportfishing! Along with Captain Tyler Rowe, you’ll explore these fish-rich grounds and target a great variety of species prized for being tasty as well as tough-fighting. Pick your day and embark on a fishing adventure in Norfolk! 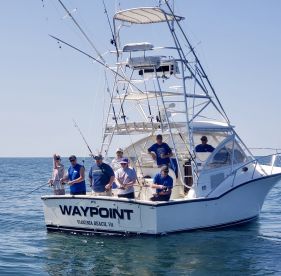 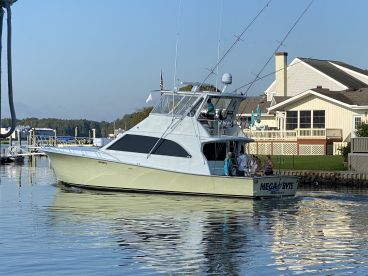 The deep sea fishing Virginia has on its doorstep is, in a word, epic. From big game trophies like Marlin, Tuna, and monster Sharks to bottom dwelling delicacies, you’ll find it here. The local fishing grounds are just as varied as the fish themselves, including wrecks, deep trenches, and vast underwater canyons with colorful nicknames. It’s almost worth coming aboard just so you can say you’ve cast a few lines at “Lumpy Bottom,” “the Cigar,” and “the Boxcars!”

When to Go Deep Sea Fishing

Virginia’s deep sea fishing season runs from April through October, with decent opportunities lasting as late as November when the weather allows.

June marks the start of Tuna season, when Yellowfins, Bluefins, and Bigeyes pay a visit to the east coast. Norfolk Canyon and “the Cigar” more than 60 miles offshore provide some of the best local Tuna fishing. By August, the hottest fishing grounds are up by Chincoteague, at the fishing grounds known as the “Parking Lot” and “Lumpy Bottom.”

Many big game fish reach their peak in late summer, including Blue and White Marlin, Yellowfin Tuna, Mahi Mahi, and Wahoo. Come fall, a few will still be biting, albeit farther from shore.

By October, wrecks and reefs offer the most productive deep sea fishing Virginia has left for the season. The Blackfish Banks (also called “The Subway Cars” or “The Boxcars”) near Chincoteague are a hot spot at this time of year, when anglers bring home coolers full of Flounder, Tautog, Seabass, Triggerfish, Spadefish, and more.

Anglers catch fast swimming pelagic species like Marlin, Tuna, and Wahoo by trolling. By mid summer, many choose to chunk for Tuna instead of trolling, often using Sardines and Butterfish as bait. Chumming with oily Bunker and throwing live Bluefish into the water will catch the attention of Sharks like Threshers and Makos.

Bottom fishing will bring you a wide variety of species near wrecks and reefs, such as Flounder, Tautog, Tilefish, Seabass, and Triggerfish. Mullet, Minnows, Crab, Shrimp, Squid strips, and even GULP! lures make effective baits.

If you decide to book a local deep sea fishing charter, you can expect the captain to provide fishing licenses, tackle, bait, and everything else you need. Many trips runs out of Virginia Beach, Hampton, Norfolk, and all along the eastern shore up to Chincoteague. So, take your pick and come catch a fish to remember!

Full day with Capitan Mike
Russell O. рыбачил с Maritime Mayhem Charter Service Октябрь 1, 2021
Find bloodworms and lug worms before your trip. I don't recommend staying at the Quantity Inn in Gloucester. Under major construction and the front desk help is not professional or nice.
September fishing trip
Billie R. рыбачил с E-Fishinsea Sport Fishing Charters Сентябрь 27, 2021
To remember it's up to the fish whether they're going to bite or not they're not it's not the captain or the 1st mate are captain and 1st mate were great. Our captain tried very hard to put us on fish. The captain and 1st mate were a pleasure to be around and work with.
Fishing with Mike
Christopher V. рыбачил с Tango Charters Сентябрь 8, 2021
Super friendly guys, made it very enjoyable.
Fishing trip
Larry H. рыбачил с Prowler Fishing Charter Август 28, 2021
Yes would recommend fishing there lift lots of Weights before going your arms will be sore from Catching so much fish
Half day trip
Celinda L. рыбачил с Captain Pete's Fish Tales Август 23, 2021
Keep expectations about fish realistic. But experience great
Great time and good fishing trip
Michelle B. рыбачил с Salty Girl Charters Август 22, 2021
Check out the list provided by the company and be prepared for an exciting adventure.
4hr trip first time out on a private charter had a great time captain Cliff and 1st mate Max were great made us feel right at home and got us on some fish great time I will be booking a charter with them again .
Raymond J. рыбачил с Flat Line - AquaMan Sportfishing Август 19, 2021
Best time ever. For our fish time. I recommend enjoy your trip.
2 hour trip
Richard K. рыбачил с Four Reel Charters Август 13, 2021
To hot at current time for anything reliable catching, east coast is in a heat wave. It may be better at other times or in different years just not the time we went.