Captain Tyler Hartensteiner commands their 31’ Contender center console. Powered by twin Yamaha engines with 250 HP each, she’ll take you to the hottest fishing spots in no time. She’s fully equipped with a state-of-the-art electronics and fishfinding system that will help put you on the fish in no time. 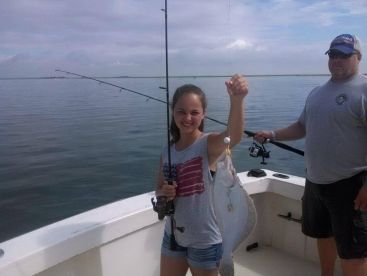 Capt. Mark is an experienced captain who has been fishing these local waters for over 40 years. It’s safe to say he knows a thing or two about casting a line in these waters! Whether you want to hook that East Coast favorite, Striped Bass, or target hard-fighting big game fish offshore, he warmly welcomes you on board his charter. 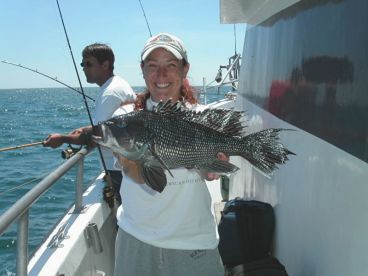 Atlantic City Charter Boat provides top of the line fishing trips aboard "Miss Atlantic City" in Atlantic City, NJ. The charter is suitable for inshore and offshore fishing, as well as sightseeing you’ll be able to do on your way out and b 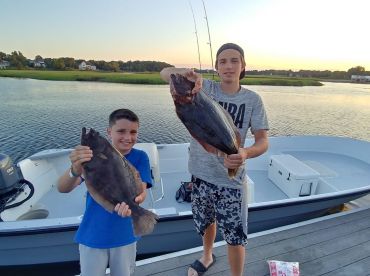 Take a fishing trip with Get Hooked, and Captain Leo Capone will make you feel like a local. He’s based in Brigantine and offers a variety of trips from May–December. With a wide range of fish you can catch here, every adventure is fruitful! It only depends on what time you come here and how long you stay on the boat. 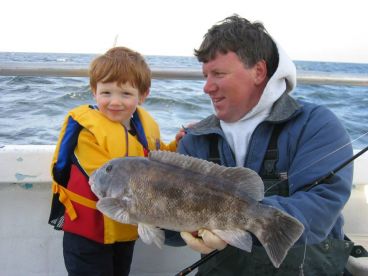 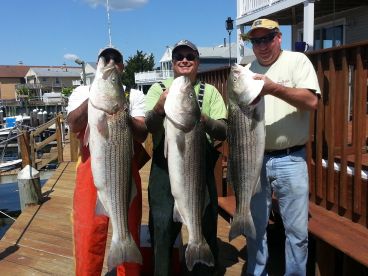 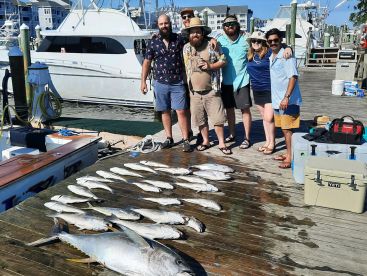 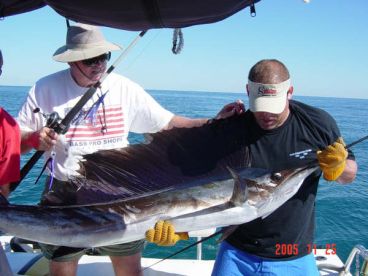 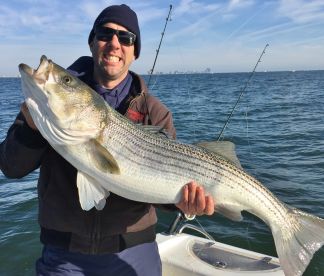 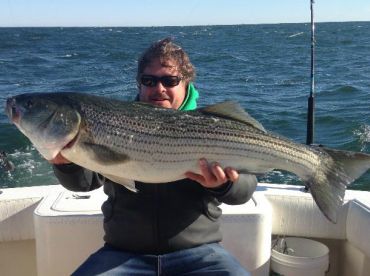 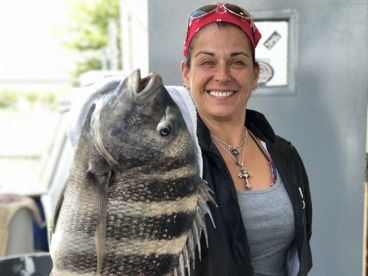 The deep sea fishing Atlantic City has in store for you is exactly what you’d expect from “America’s Playground” - Serious action, big payouts, and a mixed cast of colorful characters. The very best bluewater battlegrounds are almost 100 miles away, but they’re well worth the journey. These remote spots are visited by Blue and White Marlin, Bluefin and Yellowfin Tuna, and monster Makos and Threshers. Even at closer spots you’ll find bull Mahi, Tuna, and plenty of toothy Sharks to fight. They didn’t name it Atlantic City for nothing - half the ocean seems to be waiting offshore!

You can enjoy great deep sea fishing in Atlantic City on a normal 8-hour trip. If you want the biggest hookups, though, you’ll need double that. Many charter boats offer overnight trips, heading out to the very edge of the continent to fish the deep-water canyons this part of the country is famous for.
The big game action starts around 30 miles from town at spots like “the Varanger” (also known as “28-Mile Wreck” - funny that). Head out this far, and you could find yourself hooked onto Hammerhead, Mako, and Thresher Sharks. You’ll also find some monster Bluefish, tasty Mahi Mahi, and even Tuna when the bite is hot in the middle of summer.
Make the journey out to the canyons, and things really get kicked up a notch. Baltimore and Wilmington Canyons are the usual haunts of long-range Atlantic City charter boats. There’s a good reason for that. These underwater chasms are less than 20 miles apart, drawing a huge range of species to the area and making for some of the most reliable big game action on the East Coast.
Expect huge hookups of Blue Marlin, as well as potential double-digits of their smaller, White cousins. Alongside these guys you’ll get Bluefin, Yellowfin, and Bigeye Tuna. Down in the depths, you can also find Swordfish swimming in the dark, making a night on the Canyons one of the most productive trips of your life.

Marlin are caught the world over by trolling lures or dressed baits. Atlantic City charter captains take this tactic to the next level, criss-crossing over the canyons at breakneck speeds to cover a huge range of depths. You can catch Tuna this way, too, sending you home with some delicious fish as well as serious bragging rights to big Billfish.
If you’re out on the water specifically for Tuna, most guides will ditch the trolling spreads and crack out the lures. Poppers, Jigs, and Stickbaits are used to devastating effect out here, following the fish and watching the birds in fast-paced run-and-gun casting trips.
You can also catch Tuna by chunking. This is brute force fishing, drawing in every fish around by filling the ocean with blood and bait. Unsurprisingly, such a feast alerts the biggest Sharks for a hundred miles, and Shark chunking trips are very popular. If you’ve ever wanted to battle 500-pound Makos, this is the way to do it.

Fishing licenses are not required aboard New Jersey charter boats. All the fish you’ll be going after have strict catch limits which may change over the course of the season. Your captain will give you a run-down of all your limits and options, so you can choose what to go after. Tuna and Sharks can’t be kept on the same trip, and any Bluefin over 73 inches long will stay with the boat. This isn’t your captain trying to swindle you out of the fish of a lifetime - it’s just the law. You can find a full guide to the current regulations on the NOAA’s website.
Атлантик-Сити
4.52
На основе 23,423 отзывов клиентов FishingBooker