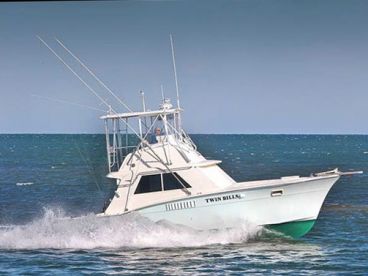 Twin Bills is a 36’ Hatteras with up-to-date electronics and meets all coast guard safety regulations. She’s powered by twin 370 HP Cummins Diesels and cruises at 20 knots and is outfitted with Shimano TLDs and Penn International tackle. The open salon allows for everyone in the charter to feel involved even if not in the cockpit. There’s enough space for 6 guests to join. 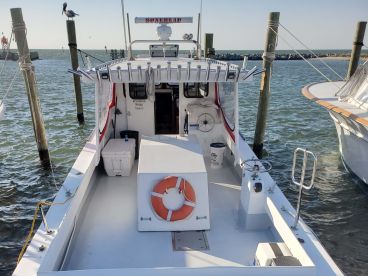 The captain and his first mate will ensure you have everything you need to have a great time and put you on some serious fun. Give them a shout in Hatteras, North Carolina, they are ready to take you out! 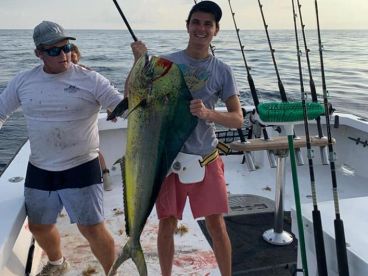 Next time you’re in Hatteras, NC, make sure to take a fishing trip with Under Pressure Charters. Operated by captain JT, who has almost 30 years of experience, this charter offers amazing fishing trips year round. Explore any type of fishing grounds 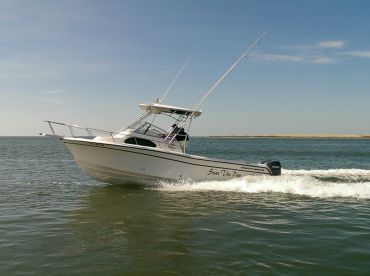 You’ll be fishing on their 28’ Grady White offshore sportfishing boat, accommodating up to 6 anglers. The boat can develop some serious speed, getting you to the best spots in no time. There’s a toilet on board for your convenience, as well as an icebox for any food or drinks you want to bring. 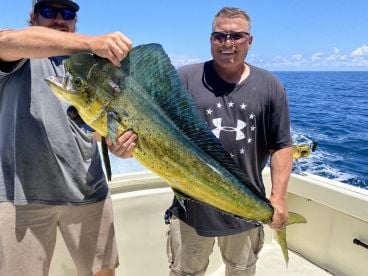 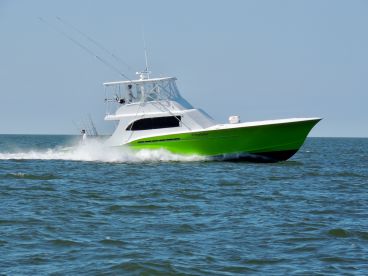 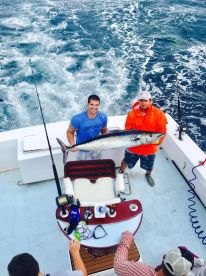 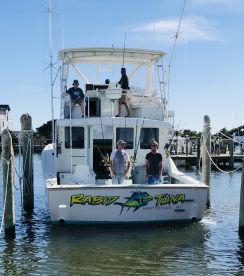 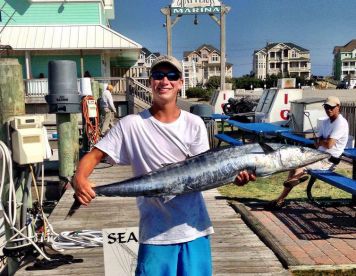 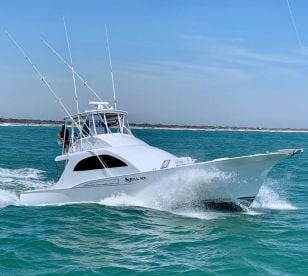 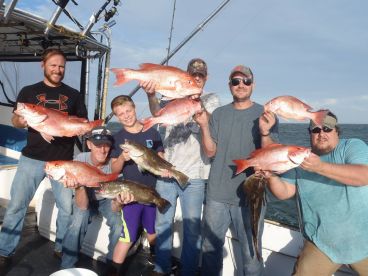 Hatteras deep sea fishing sits high on the bucket list of many seasoned anglers. Known as “the Blue Marlin Capital of the World”, Hatteras is visited every year by some of the biggest and fiercest fish in the sea. It’s not just the fish that make Hatteras a dream destination, though. The town has given us some of the finest captains and boat builders the country has ever known. Because of this, they say that a day aboard an Outer Banks fishing charter will shave years off your learning curve – if you pay attention.
Awesome fish, great boats, and world-class crews? If it sounds like the recipe for the dream fishing charter, it’s because that’s exactly what it is. In fact, both Marlin Magazine and Saltwater Sportsman place Hatteras in their top billfishing destinations in the world. We can certainly see why!

What can I expect from a deep sea fishing trip?

The thing which brings so many awesome fish here is the simple fact that the deep waters are so close. The Gulf Stream can come within 20 miles of shore at certain times of year and the steep dropoff of the continental shelf hits rock bottom in under 50 miles. A huge variety of species migrate along these waters every year and there are plenty of great charters ready to welcome them to town. Trip times are somewhat longer here in order to reach the best waters. Hatteras Gulf Stream trips usually clock in at 10 hours minimum, and 12, 14, or even overnight trips are very common.

When should I go?

There is always something great to catch in the deep waters of the Gulf Stream. The year kicks off with huge numbers of monster Bluefin Tuna surging through the warm currents in 5,000 feet of water. The First big Bluefin actually arrive in the fall, but the main action happens in January and February. By March, the Bluefin move on but are quickly replaced by their yellow-tailed cousins. These guys stick around until June, when the billfish start to show up. You know you’re fishing somewhere special when Yellowfin Tuna is a tie-over species!
The summer months are all about the billfish. Blue Marlin peak in July, kicking off tournament season in Hatteras. Events like The Hatteras Marlin Club Blue Marlin Release Tournament have been running for nearly 60 years, and promise some of the stiffest competition this side of the world championships. It’s not just Blue Marlin, though. The summer seas are awash with White Marlin and Sailfish, as well as plenty of Wahoo and Mahi Mahi for a tasty meal at the end of a hard day’s fishing. All these species can be found well into the end of September, just in time for the first Bluefin to show up on a good year.

How much will it cost?

Deep sea fishing is a serious operation in Hatteras, with huge cruisers, tournament-winning crews and generations-long fishing families at the helm. Local guides are proud of what they do and they charge a fair price for their services, especially considering you will be fishing with the best in the business.
Gulf Stream trips on a decent sportfishing boat start at around $1250, working up to $1750 or more for one of the area’s 50-something footers. Overnight charters cost well over $2000 and are generally offered by the bigger, luxury vessels. You will be using some serious equipment no matter what boat you choose but the general rule is the bigger the boat, the older and more experienced the captain, as most local outfits are owner-operated. Besides, a comfortable bed and a tasty meal will seem well worth the money after a whole day battling Tuna or Marlin.

What will I be using?

Heavy tackle rules the waves out here. A variety of tackle in the 80 to 130-range, wide reels, heavy monofilament line, and 400-pound fluorocarbon leaders do little to take the edge of a battle with a Bluefin, but at least they can take the punishment of several hours of pitched battle. The bait of choice is, as always, Ballyhoo, skirted or headed with bright Sea Witches or Ilanders to pull the most attention possible at you troll the through the water.
Хаттерас
4.54
На основе 23,457 отзывов клиентов FishingBooker