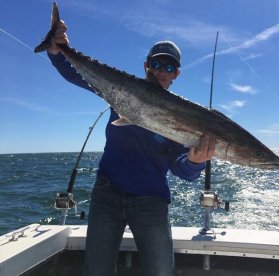 Hop aboard the “Shearwater,” a 37’ Custom built sport fisherman, perfect for up to 6 anglers. The Shearwater comes powered by a 320 HP Caterpillar engine and is fully fitted with top-notch navigational electronics, as well as many other professional facilities. 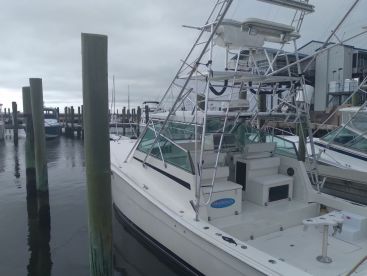 Gunslinger welcomes you aboard! Join for a memorable day on the water with Captain Malvin McClure. A friendly and experienced angler, he’ll take you to the best nearshore and offshore spots in Biloxi, Mississippi. Reefs in this area are beautiful and there are also many wrecks full of fish you can chase. Join in and have a wonderful fishing trip with Gunslinger! 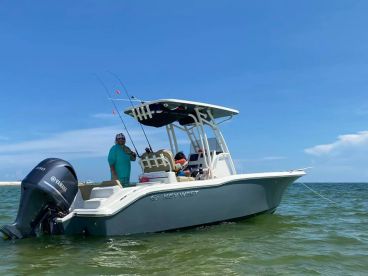 You’ll be fishing on a 24’ Key West that accommodates up to 6 guests. This center console was built in 2020 and features a 300 HP Yamaha engine and the latest navigational electronics. There’s also a trolling engine that will help you sneak up on fish. To make the whole experience a comfortable one, the boat features seat cushions and a T-top to protect you from the sun. 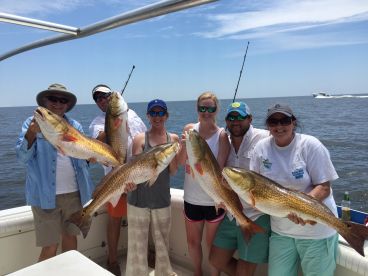 The fishing is done aboard a beautiful 27’ Catamaran boat originally built in 2012. Powered by twin 150 HP Yamaha engines, with a maximum cruising speed of 40 knots, this boat slices through anything. It features all the safety equipment you can imagine, as well as electronics needed to make your day productive. 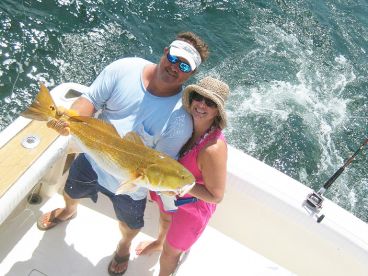 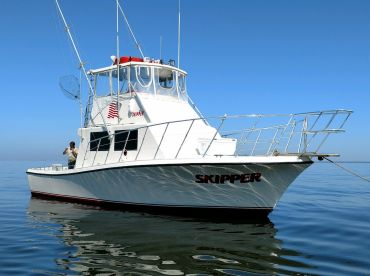 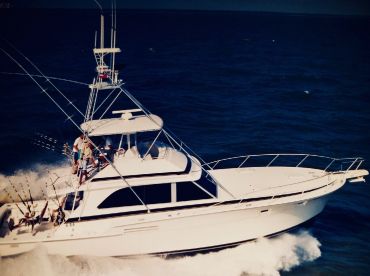 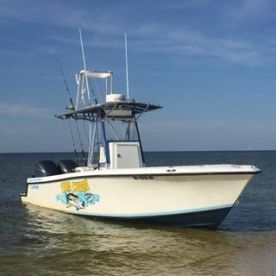 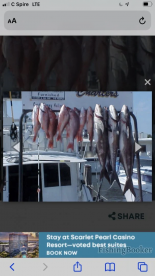 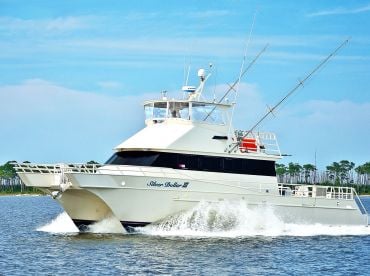 If you’re a seasoned angler looking for a blood-pumping action-packed fishing trip, you’ve probably heard of the excellent fishing the inner waters of the Gulf of Mexico have to offer. Deep sea fishing in Biloxi is known to be very productive, far and wide. That reputation isn’t undeserved, as the Gulf Stream passing through this area churns up the ecosystem so you have monster keepers extremely close to the coast!

The prestigious pelagic predators of the Gulf of Mexico frequent the waters around 90 miles offshore from Biloxi. The continental shelf starts to drop off here and the deep waters provide ample grounds for large fish to breed and grow in. Additionally, offshore oil rigs are excellent structures for smaller fish to feed and live near. This underwater oasis for smaller fish allows for a food chain that makes a trip to these rigs a worthy prospect if you’re looking for trophy catches. Dozens of rigs can be found around 100 miles directly south of Biloxi, with the famous ones (at least in fishing circles) being the “Ram Powell,’’ “Ursa,” and “Mars” to count just a few.

Deep sea fishing greatly varies depending on the species you are targeting, so brush up on the knots and get ready to fight some serious tackle busters. Fishing the rigs is usually very productive, as you can catch bait fish then immediately rig it and fish for the real deal. Bonito and Blue Runners are ideal for this purpose. You can expect to attract Yellowfin Tuna and Blue Marlin near the rigs, as well as Red Snapper that frequent the waters below.

Trolling is the name of the game when going after Billfish. If you talk to a dozen captains on the best trolling pattern, technique, bait, or speed, you will most likely get a dozen different answers. One thing to be on the lookout for while trolling for Tuna is Mahi Mahi - these two species often swim close to each other and can be an indicator of one another. Bear in mind that while daytime trolling is for the majority of the species, Yellowfin that live around the rigs are best targeted at night.

One of the most important things to bring with you on a serious offshore fishing trip is a fighting belt. You’ll go after Marlin, Tuna, Mako and Tiger Sharks, Wahoo, Sailfish, Mahi Mahi, and other large, serious predators - these big boys know how to put up a fight before you can reel them in. A belt will help you avoid back, neck, and arm injuries since fighting a trophy fish can take hours at a time.

Durable equipment is crucial when going out. Serious reels are required for reeling in the catch in the deep sea - sturdy drag systems and high endurance lines are a must, you wouldn’t want that 800 lb Blue Marlin to get away because you were under-prepared! Wire leaders are a must since Wahoo or Sharks can easily chomp through the line. You want to stick to using circle hooks when targeting Billfish, as you don’t have to set the hook when it bites, and these hooks tend to damage the fish less, allowing for a higher chance of survival for the fish if you release it.

Bait, lures, and tackle depend greatly on what you will be targeting on your trip. Live bait is fantastic for attracting a Yellowfin Tuna or Blue Marlin. A trick that can be used is attracting fish that stalk around the many shrimping boats that go around the rigs. If you sufficiently chum near a shrimping boat, you can attract the fish that are following it, giving you a better chance at that dream catch.

Fishing in the Gulf of Mexico usually reaches its peak during the summer months, from April to November, as the majority of the prestigious fish caught in the area will be migrating through here. Certain legal restrictions apply to species such as the Red Snapper and Gag Grouper (no fishing between January 1st and May 31st), and Greater Amberjack (no fishing between January 1st through June 30th) - you should always check the local regulations before booking a fishing trip.

Half day trip with Captain Mike
Tim M. рыбачил с Biloxi Sport Fishing Июль 23, 2021
We were fishing just to catch fish. We caught a lot of catfish, a few croaker and one nice redfish. Our fishing experience was excellent! Next time we’ll fish for gamefish only. ?
Half day off shore with Capt. John
Dave B. рыбачил с Tuna Chasa Charters Июнь 16, 2021
Great area to fish for a wide variety of fish in shore or off shore. Check what fish are in season when you plan on visiting then pick your charter based on that.
Bragging rights
William O. рыбачил с Tuna Chasa Charters Июнь 11, 2021
Offshore in a boat this small is not for a newbie. We had two newbie friends with us and they are proud of the bragging rights they earned. Definitely a trip for fishermen who will brave rough conditions to get the best memories and fish. If ins one. You will have many tales to tell. PS- one of our newbies caught the biggest Red Snapper
Half day trip with Capt. Bryan.
Ramon H. рыбачил с Sting Raye Fishing Charters, LLC Май 24, 2021
Have reasonable expectations wherever you fish. It's called fishing, not catching. We caught plenty!
Half day with capt Bryan
Cliff D. рыбачил с Sting Raye Fishing Charters, LLC Апрель 7, 2021
Make sure you’re ready for any kind of weather.
Fellas trip
James B. рыбачил с Silver Dollar III Charters Март 13, 2021
Find out what type of fish is in season.
It was the 5 hr shark trip
9364022182 9. рыбачил с “Go Topless” Fishing Charters Июль 1, 2020
There are definitely a lot of fish in Biloxi. You definitely want be disappointed in fish here.
Shawn great Captain
Nedina D. рыбачил с Biloxi Sport Fishing Июнь 18, 2020
Great time on the water. Nice breeze little or no waves.