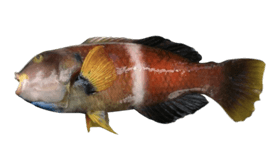 The Bluethroat Wrasse is also known as Bluethroat Parrotfish, Bluehead, Bluehead Parrotfish, Rocky Bream, Kelpie, Rocky Cod, Winter Bream, and Bluenose (not to be confused with Bluenose Warehou). This fish boasts almost as many colors as names! Female and juvenile fish are usually green-to-red with a dark band behind their pectoral fin, followed by a white band. Males, on the other hand, are brown to bluish-gray, with only a white band around their bodies, below the dorsal fin.

Where to Find Bluethroat Wrasse

This fish lives off the coast of south-eastern Australia and happens to be the most common Wrasse species in Tasmanian and Victorian waters.

Bluethroat Wrasse make themselves at home anyplace where reefs are present. Anglers catch them while fishing offshore in boats and casting lines along rocky coastlines.

You can catch this fish by bottom fishing or spearfishing. Bluethroat Wrasses bite squid, baitfish, and even lures. Once hooked, they usually take cover in crevices between the rocks or weeds.

Bluethroat Wrasse can taste very good, so long as you manage to keep the flesh moist when you cook it. 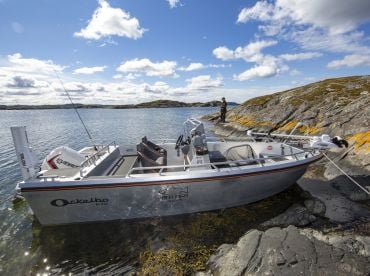 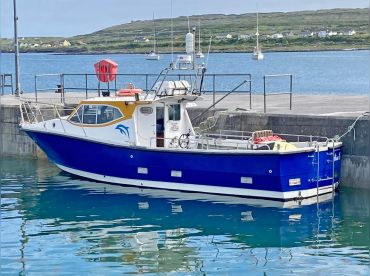 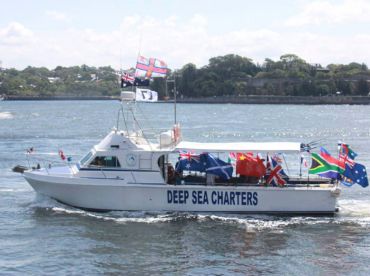 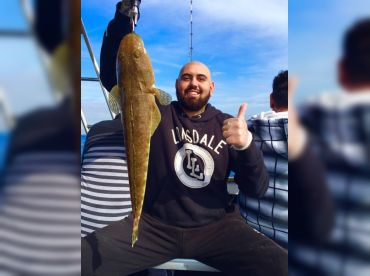 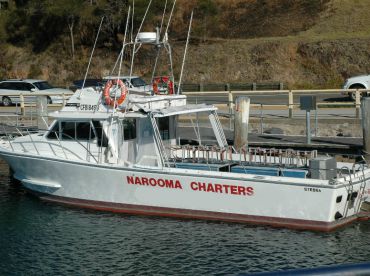